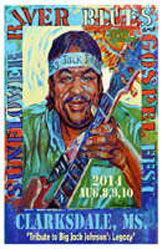 Since its creation in 1988, the Sunflower Festival has been entertaining blues fans for the past 27 years.

Throughout the years there have been numerous high profile headliners and entertainers such as Robert Plant, Ike Turner, Dorothy Moore and for this years 27th annual festival,a tribute to Big Jack Johnson.

The Delta Blues Museum has partnered with the Sunflower Festival for many years with coordinating various performances, booths and special promotions.

Saturday will feature a talk with Big Jack's family and then former bandmates and other musicians influenced by Big Jack Johnson will perform in his honor this year, with a finale tribute Saturday night. Other performers scheduled to perform are Latimore, Johnny Rawls, Home Made Jamz, Super Chikan Johnson, Jimbo Mathus, Robert Belfour, Eddie Cusic, Pat Thomas, Lusicous Spiller and many more.

We would love to hear from you and share the great times you have had at the Sunflower River Blues & Gospel Festival. Please email any comments and photos you would like to share with us to sunflower@deltabluesmuseum.org 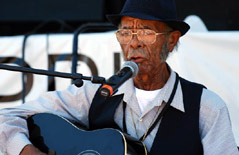 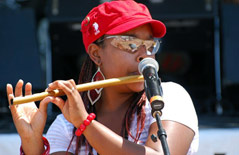 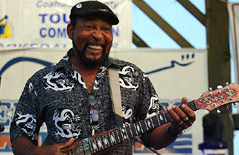