DELTA BLUES What to See

Delta Blues Museum - What to See

Whether you're just discovering the blues, expanding your knowledge or just having fun, Clarksdale has plenty of places to visit. From the infamous Crossroads and the Delta Blues Museum, to mansions, libraries, galleries and more.

While visiting Clarksdale, be sure to check out some of the venues in the area, such as Hopson Plantation, Highway 61 Blues Museum, Moon Lake and others.

A model for "Belle Reeve," the lost family home in Williams, A Streetcar Named Desire. Built by John Clark, the founder of Clarksdale, who had a daughter named Blanche considered eccentric even by the Delta's high standards of idiosyncratic behavior. It is currently operated as a bed and breakfast, The Clark House. See The Clark House under "Where to Stay".

A long-told legend has it that Robert Johnson, the quintessential Delta bluesman, sold his soul to the devil at a crossroads at midnight in exchange for the talent to play and sing his haunted, transcendent songs. The intersection of Highways 61 and 49, the Delta's two main roads since the early 20th century, is marked by a giant "crossroads"sign of oversized guitars. In reality, the thousands of crossroads throughout the Delta were often the locations of local stores and a small cluster of homes where traveling blues musicians could find ready audiences.

A long-told legend has it that Robert Johnson, the quintessential Delta bluesman, sold his soul to the devil at a crossroads at midnight in exchange for the talent to play and sing his haunted, transcendent songs. The intersection of Highways 61 and 49, the Deltaâ€™s two main roads since the early 20th century, is marked by a giant "crossroads" sign of oversized guitars. In reality, the thousands of crossroads throughout the Delta were often the locations of local stores and a small cluster of homes where traveling blues musicians could find ready audiences.

This Italian Renaissance villa was home to Blanche Clark after she married into the Cutrer family. It is now in use as the Coahoma County Higher Education Center, a partnership between Delta State University and Coahoma Community College.

The state's oldest music museum "delivers not only the music but also the culture that produced it." (NY Times)

Owned by Austin Britt is a very eclectic art gallery with a selection of his hand thrown pieces of the finest grade of porcelain. The creation of fine sculptural and utilitarian art vessels out of stoneware and porcelain has become a passion for this home grown native. Also, there are fine paintings from local artists and work from artists from around the world such as Nigeria and Ethiopia. Photographs from local blues clubs and various scenes from the Delta can be found there. Foxtrot is located downtown at 247 Delta Avenue one block from the Delta Blues Museum. Hours are 11:00am - 6:00pm Tuesday - Thursday. www.foxtrotpottery.com (662) 313-4547

A gallery of art and pottery by Joey Young. Located on Third Street, a short walk from the Delta Blues Museum. Open Saturdays and by appointment. Live music on occasion. Lambfishart@yahoo.com (662) 934-4226 www.myspace.com/lambfishart

A Mississippi Blues Trail marker has recently been placed on the site of Muddy Waters' family home on Stovall Farms, just outside Clarksdale. See the surrounding cotton fields where McKinley Morganfield (his actual name) drove a tractor before being recorded on his porch by folklorist Alan Lomax in 1941, an event that inspired Waters to move to Chicago and make music history. See the cabin itself inside the Delta Blues Museum.

The Delta's counterpart to Memphis' Beale Street, the district, with Issaquena Avenue as its main thoroughfare, was an active center of African-American cultural life until the 1940s. Now, this largely abandoned area awaits full-scale renovation.

Named a national Literary Landmark in 2003, the former rectory was a childhood home of playwright Tennessee Williams, whose first collection of one-act plays was titled American Blues, who suffered from the "blue devils" his whole life, and who wrote nine plays about life in the Delta, among them Cat on a Hot Tin Roof.

Before the Delta was cleared at the end of the 19th century, the region's rivers were the area's principal "highways." Many early Delta towns were founded on rivers like the Sunflower for ease of transportation through the tangled swamps.

In the Area
Friar's Point

A one-time railroad center (for the Riverside line, as in Robert Johnson's "Traveling Riverside Blues") and therefore a travel and performing hub for Johnson, Robert Nighthawk, and other itinerant musicians, Friar's Point is twenty minutes northwest of Clarksdale. There you'll find the North Delta Museum, a throwback to the 19th century idea of the museum as an eclectic collection of esoteric "stuff." Items range from Civil War artifacts and farm implements to a small Robert Johnson display. Call for hours: (662) 383-2233.

While located in neither the Delta nor Mississippi, Helena played a large part in the development of Delta blues. Radio station KFFA's "King Biscuit Time" show gave airtime to many of the Delta's musicians and was a potent vehicle for selling records and promoting appearances. The Delta Cultural Center, housed in an historic depot, contains exhibits about local history while the DCC Visitors' Center, on downtown's main avenue, Cherry Street, features displays about the area's musicians and hosts live weekday broadcasts of "King Biscuit Time." About a half hour northwest from Clarksdale, across the Mississippi River. www.deltaculturalcenter.com

About ten minutes south of downtown. Site of the first mechanical cotton picker field tests; one of the original pickers is on view. Also, see The Commissary, formerly the plantation's headquarters. Next door to the Shack Up Inn and Cotton Gin Inn. See Hopson Plantation in "Where to Stay".

Located in downtown Leland, about an hour south of Clarksdale, this museum's collection focuses on the area's many mid-Delta musicians through a motley assemblage of posters, clothing, instruments, and clippings that gives a real feel for blues as a lived culture. Nearby streets feature murals honoring many of the same musicians. (662) 686-7646 or (662) 686-2063 www.highway61blues.com

The Great River Road Network of museums and interpretive centers runs through 10 states along the river and includes the Delta Blues Museum. See the Mississippi when you cross at Helena, or from the levee at any point along Highway 1, which parallels the river west of Clarksdale.
(www.mississippiriverinfo.com) John Ruskey of Quapaw Canoe Co. in Clarksdale will take you on a canoe tour of the Big Muddy's waters. (662) 627-4070 www.island63.com

One of the many crescent-shaped bodies of water (called an "oxbow") left when the Mississippi River shifted its main channel. Moon Lake is notable as the site of Blanche Dubois' (in Williams' A Streetcar Named Desire) tragic romance with a young man who committed suicide there. See Uncle Henry's Place and Inn in "Where to Eat" and "Where to Stay."

The Museum de Sankofa provides an enriching educational presentation of African Art, Music and culture. It shares the contributions and influences on the Mississippi Delta Region and the origin of Americas Music "The Blues". The museums collection and exhibits consist of visual arts, artifacts and musical instruments which tell the story of growth, development and contribution from the traditional roots of Africa to the present day. The museum not only displays African and African-American art & culture, it is also dedicated to sharing the heritage of local blues artists and their contributions to the variety of musical genres we enjoy today. 3468 Casino Way Robinsonville, MS 38664 (662) 363-5787 www.museumdesankofa.org 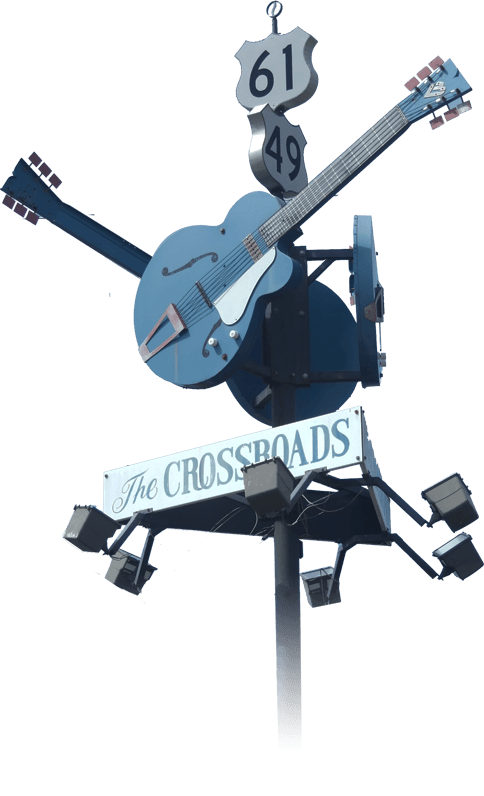