The Sunflower River Blues Festival's tribute to Big Jack Johnson got an early start when Red Paden and Angenette Johnson hosted a birthday party for the Oilman Friday night, Aug. 1.

With news of the party spreading fast, Red's Blues Club was packed with family, friends, and international visitors from Switzerland.

"Jack's actual birthday was Wednesday, July 30, but we decided to wait til Friday because live music was booked," says Johnson's wife, Angenette.

Musical phenom Kingfish, the Space Cowboys, Anthony Sherrod, and Harvel Thomas threw down a rocking show. At the break, birthday cake was served. 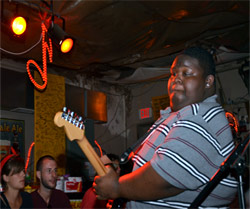 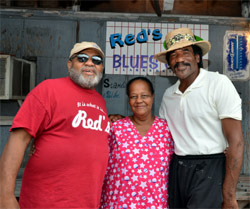