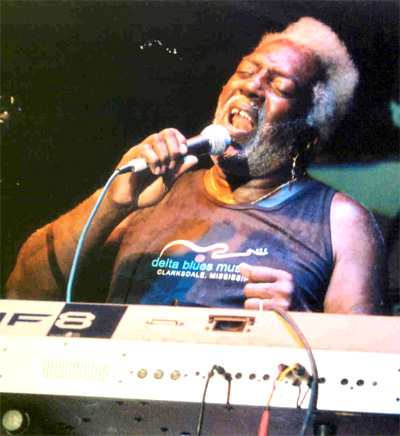 A one-name wonder (with recognition ranked alongside Cher, Madonna, Prince, Beyoncé, and Bono) will be bringing his steamy soul show to Clarksdale August 8th for the Sunflower River Blues Festival.

Latimore ‐ The Man ‐ is returning for the third time on John Lee Hooker Lane where he last packed 9,000 frenzied fans screaming for encores of "Let's Straighten it Out."

Asked if he ever got tired of his signature number one hit and what others is he planning for this summer, the articulate showman replied, "I'm going to feel it out as it goes; whatever the spirit moves."

Speaking from his home near Tampa, Latimore talked about his latest recording, a compilation of his work, "Best of Latimore," and an appearance on Jimmy Fallon's Tonight Show in May.

"Everyone at NBC was great; I sat in with the band too," said the entertainer, an accomplished pianist who pairs keyboard artistry with vocals for a high-energy performance.

He says one of his early songs, "Move and Grow Together," was background theme music in the Netflix movie series: "Orange is the new Black."

Although Latimore's shows are intense, he keeps a low-key lifestyle off-stage.

"I get up early; it's nice and quiet ‐ a time to reflect, while most musicians get up at the crack of noon," he quipped.

Years ago he played tennis regularly with a group completely unaware of his profession.

When they accidentally discovered his career, he explained, "I wanted to relate to the group as a tennis player and only incidentally in show business."

"I'm not ashamed of what I do, but off-stage show business is not all, but only part of me," he continued. Latimore says he likes being "well-rounded" ‐ a multi-faceted person rather than one locked into one tract."

"Life is meant to be bigger than that if you allow yourself, and enjoy the trip," he said.

Asked how he stays in top physical shape, he says he maintains a "degree of restraint," but admits he's been "lifting a lot of silverware" because his wife is a good cook. 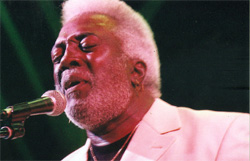 Although not a vegetarian, he loves vegetables, salads, chicken, turkey, and limited meat but almost swoons at the description of Rest Haven's chocolate pie, and the Sunflower is promising him.

In the Sunflower Festival Friday night lineup, Latimore is the headliner scheduled to close the Melville C. Tillis Delta Blues Stage from 10:45 p.m. to 11:45 p.m. following the performance of another award-winning soul musician, Johnny Rawls.

The Sunflower is free and open to the public thanks to financial support from the Mississippi Arts Commission, corporate and individual donations.

The association is a non-profit 501 c 3 organizations, and donations are tax deductible. For information about the weekend lineup and additional information, visit www.sunflowerfest.org.