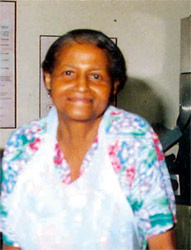 CLARKSDALE - Attorney John Schaefer and his lawyer buddies from Norman, Oklahoma have been coming to the Sunflower Festival for 14 years.

But this will be their first taste of Abe's barbecue, Louise Campbell's turnip greens, and Charlie Musselwhite's favorite recipe for cheese grits.

Spiced with hot sauce and three hours of live Delta blues, the party has lured Schaefer and his friends away from Memphis Beale Street where they usually stay on the first night of their southern journey.

According to John Sherman, festival chairman, "The 27th Sunflower not only will be welcoming thousands of international and state-side visitors here Aug. 8-10, it will open Friday with a fanfare from Mississippi Tourism."

"We are excited that Clarksdale's own native son, the late Big Jack Johnson will be immortalized on Mississippi's Heritage Blues Trail. This marker signals his induction into the world of musical giants," he said.

The marker unveiling will take place at 4 p.m. on the corner of Sunflower and Martin Luther King Blvd., a few steps on the sidewalk from Red Paden's legendary blues club where Big Jack always performed at home.

Speaking briefly on the program will be state, city, and county officials, family members, friends, and musicians from the Big Jack Johnson Band, who view their boss as an exceptional musician/songwriter, and a rare and caring individual.

The public is invited to attend the ceremony and to participate in another historic and free event the next day under the Sunflower VIP Tent.

Kicking off music on the Sunflower main stage at 5 p.m. Friday will be the Delta Blues Museum kids followed by a lineup til near midnight including big name celebrities: Johnny Rawls and Latimore. 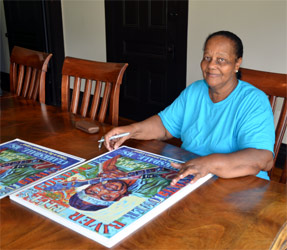 In the latest issue of Living Blues magazine and its 21st annual Critics' Poll, Rawls is named Most Outstanding Blues Singer and his Remembering Q.V., Best Southern Soul recording.

On the same poll, Leo "Bud"Welch, who performs at 12:45 p.m. on the Saturday acoustic stage is honored for the Best Debut/New Recording.

When Sunday rolls around, the gospel stage opens at 4 p.m. with the W. A. Higgins Academy of Fine Arts Choir and progresses through a lineup of new faces and local favorites including the Chapel Hill Male Chorus, The Myles Family, and The Gospel Four from Memphis.

Encouraging blues fans to attend Saturday's acoustic stage and educational program under the VIP tent, Sherman emphasizes that despite the location, the events are free and open to the public with no admission. 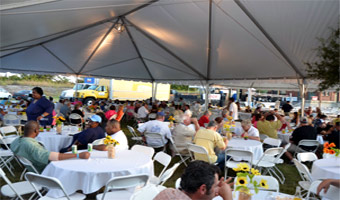 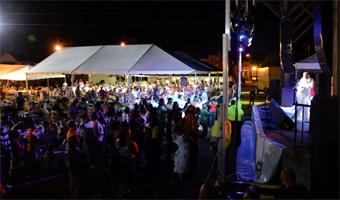