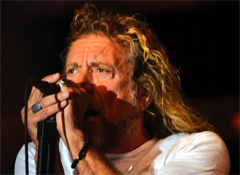 Quintessential rock band Led Zeppelin with Robert Plant as front man, has been nominated for a Grammy in the Best Rock Performance category with "Kashmir" and Best Rock Album with "Celebration."

With numerous past Grammy nominations in his career, Musselwhite has earned two more: Best Blues Album with "Remembering Little Walter" along with others musicians; and "Get Up" with Ben Harper. 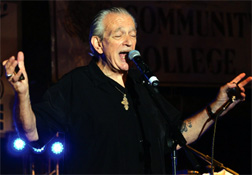 Bobby Rush is nominated also for Best Blues Album with "Down in Louisiana." His friendship with the late Melville Tillis, former Sunflower co-chairman, spanned many decades,says Charles Tillis. Grammy nominations were announced Friday, and the awards presentation will take place January 26, 2014 in Los Angeles at the Staples Center.

"All three are super stars and special friends of Clarksdale and our Sunflower Association," agree Sherman and Tillis. "We wish them the best."