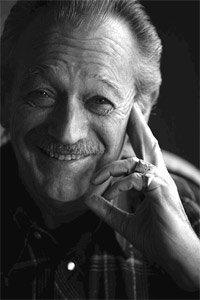 Born into a musical family in Kosciusko, Mississippi, Charlie took himself to the South Side of Chicago in his early years, where he lived in the basement of Jazz Record Mart with fellow Mississippi musician Big Joe Williams and immersed himself in the Chicago music scene, sitting in with Big Joe and forging lifelong friendships with other legends like John Lee Hooker and Muddy Waters. Since then, Charlie's distinct harmonica style and musicianship have earned him dozens of Blues Music Awards and a deserved place in the Blues Hall of Fame, as well as Grammy nominations and awards-including his 2014 Grammy win for Best Blues Album with Ben Harper and his 2015 Grammy nomination for "Juke Joint Chapel" recorded live at the Shack Up Inn near Clarksdale. The "Juke Joint Chapel" concert itself was a benefit for the Delta Blues Museum Arts and Education Program.

Charlie remains true to his roots, returning regularly to Clarksdale to perform and spread the gospel of the Delta Blues-in fact, the harmonica master has served as a guest instructor for the Delta Blues Museum's Student Band, teaching young musicians the art of the blues. Charlie is also a Delta Blues Museum Ambassador , promoting our Deeper Roots Campaign to help us expand our exhibits and enhance the Delta Blues experience for visitors from around the world. Learn more about the lives and music of Blues legends like "Memphis Charlie", Muddy Waters, John Lee Hooker and more at the Delta Blues Museum in Clarksdale, Mississippi - the Land Where Blues Began.