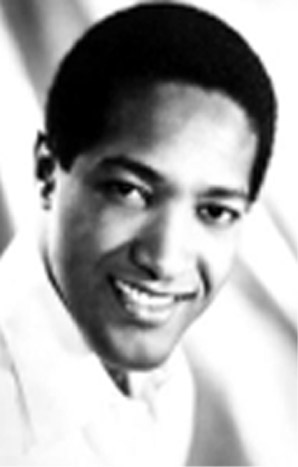 All hail the "King of Soul" - in tribute, on what would have been his 84th birthday, the Delta Blues Museum honors Clarksdale's own Samuel "Sam" Cooke.

Born in 1931 in Clarksdale to Annie Mae and Rev. Charles Cook, Sam was one of eight children raised in his father's church. The family moved to Chicago in 1933, and later Sam and his singing siblings formed their first musical group, called The Singing Children, when he was only nine years old. In 1950, Sam became the lead singer for the, The Soul Stirrers, allowing him to hone his talents and begin what would become a legendary recording career. His crossover into secular music soon found him with a Billboard #1 pop music hit on his hands with "You Send Me". With his star on the rise in the early 60s, Sam started his own record label before heading to RCA, where his prolific songwriting gave him a string of top 40 hits on the pop and R&B charts . . . "Chain Gang" . . . "Another Saturday Night" . . . "Cupid" . . . and the list goes on. However, perhaps the best‐and certainly the worst‐was yet to come.

At the height of his fame, Sam was shot and killed in a tragic and still-controversial series of events on the night of December 11, 1964. Thousands came to mourn at his funeral, including childhood friend Lou Rawls and Ray Charles, who performed a powerful version of "Angels Watching Over Me". A year after his death, Sam's record label released "A Change Is Gonna Come," which became one of the anthems of the civil rights movement. His musical legacy continued to live through the artists who covered his work, like Otis Redding and Al Green. His musical greatness has since been set in stone: In 1986, Sam was inducted as a charter member into the Rock and Roll Hall of Fame; in 1987, he was inducted into the Songwriters Hall of Fame, and he was given a Grammy Lifetime Achievement Award in 1999.