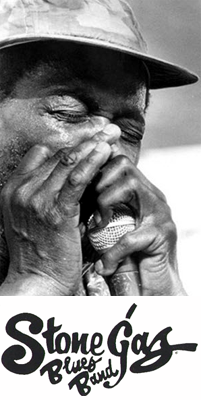 In time for the 26th annual Sunflower River Blues & Gospel Festival, the Delta Blues Museum honors Clarksdale's own Arthneice "Gas Man" Jones. An accomplished vocalist and harmonica player, he and his band were among the regularly featured artists year after year at the Sunflower Festival, nearly from its beginning.

Born in 1946 in Glendora, Mississippi, and raised in Coahoma County, Gas Man's career as a harmonica player and songwriter was shaped by the late Johnnie Billington, who taught Arthneice as well as Arthneice's own band mates and other local legends through his work as a music instructor in Lambert and later for the Delta Blues Education Program. Arthneice fronted The Stone Gas Band-for many years, the house band at Margaret's Blue Diamond in Clarksdale's New World district - and the harmonica master had an unparalleled command of the language and often seemed to create as he performed, never missing a beat. During the 1990s, The Stone Gas Band was a stand-out in the local Blues scene, earning a strong following and praise from audiences and critics for delivering tight, solid performances.