Giving Thanks in a Season of Giving

In this season of giving, Delta Blues Museum shares its gratitude for those people who so generously donated their money, time and resources in 2019 in support of our ongoing mission to keep the Blues alive for generations to come. Thank you to all our sponsors, donors, volunteers, docents and visitors! Sharing some of our giving highlights below. 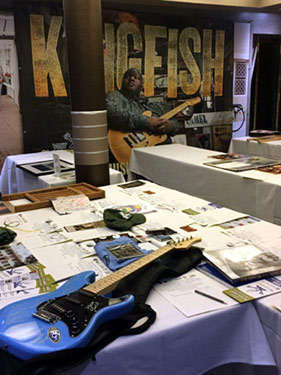 The Legendary Rhythm & Blues Cruise recently highlighted the impact of the Delta Blues Museum arts & education program in the musical showcase and panel discussions featured in its October 2019 cruise programming. Artists Christone "Kingfish" Ingram, James "Super Chikan" Johnson and Latimore as well as Mr. Sipp, D'Mar and Gill discussed the Museum's importance in its 40th year and its place in the evolution of Mississippi Blues music. Additionally, the Museum was able to raise considerable funds through the silent auction that featured donations from Clarksdale area vendors and sponsors. THANK YOU to these artists and to the Legendary Rhythm & Blues Cruise, Big City Blues Magazine and the following donors. We appreciate your support! 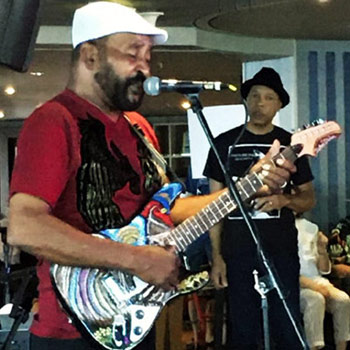 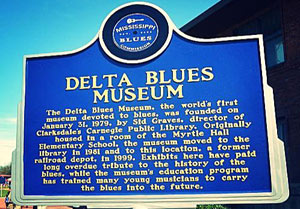 The Delta Blues Museum Arts & Education Program was honored as the recipient of a very special gift of nearly $1,000 raised in memoriam for UK-based musician, writer and promoter Julian Piper. From his daughter, musician/photographer Lucy Piper: "[My dad] is the primary reason that I ever came to Clarksdale. At his funeral, we collected for two charities/organisations that were close to our hearts...(one) was Delta Blues Museum, which was my suggestion, knowing all the great work that you do. We have all visited as a family several times...it is our hope that money donated would go to teaching students blues music." We at the Museum are touched by this tribute and are grateful to Julian's family and friends who so generously donated. Read more about Julian's life here.