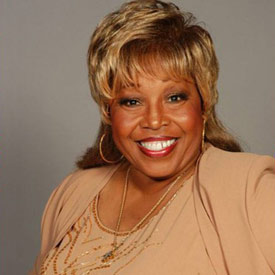 LaSalle's 1971 song "Trapped By a Thing Called Love" reached No. 1 on the R&B charts and No. 13 on the Billboard Hot 100 chart. She continued her career with a string of successful singles through the 1970s and '80s.

Many of her early hits were recorded with Willie Mitchell in Memphis at Royal Studios.

LaSalle was raised in Belzoni, Mississippi and died in Jackson, Tennessee.

R&B star Bobby Rush called LaSalle his "best friend and little sister" since she was 17 or 18 until she died, and one of the best songwriters ever.

He said LaSalle had suffered health problems for the past few years and went through surgery recently, but she was in good spirits the last time he saw her.

"She's gonna be missed," Rush said. "She wanted the blues to last forever."