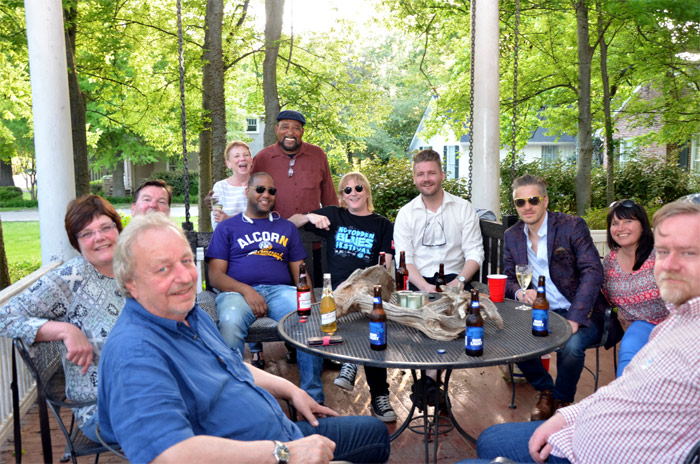 Clarksdale's Sunflower River Blues Festival members including Nancy Foley, secretary; musician Super Chikan Johnson, and state Rep. Orlando Paden, welcome a 10-member delegation from from the Notodden International Blues Festival from Clarksdale to the Mississippi Delta with a porch party in the historic district. Although many Norwegians from Notodden have visited here, it was a first-time trip for many in this group led by Jostein Forsberg. Clarksdale and Notodden have been official sister cities since 1996. The Norwegian festival is scheduled in August one week before the Clarksdale celebration. Johnson, who has performed numerous times in Norway, entertained the visitors with "barnyard" stories from his childhood.