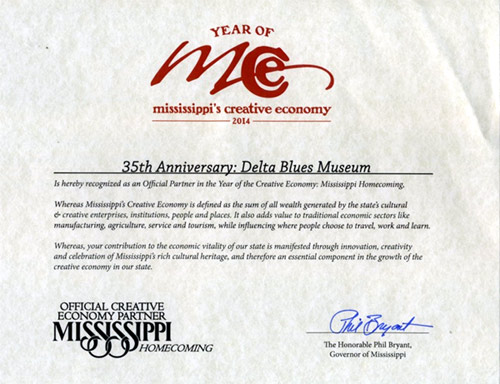 The Delta Blues Museum is proud to announce it has been recognized as an official partner in the Year of the Creative Economy: Mississippi Homecoming.

This special honor has come during the Museum's 35th year in operation.

Mississippi's Creative Economy recognizes the Museum for its contribution not only to Mississippi's economy, but also for its' work within the state furthering its educational and tourism trades.