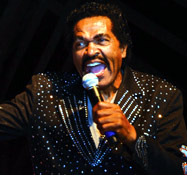 "We are delighted to present two internationally-renowned and diverse groups heading the Sunflower's festival," says Walker who announced the booking at this week's Blues Association meeting. 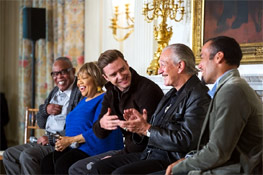 The complete lineup will be announced on the festival website: www.sunflowerfest.org 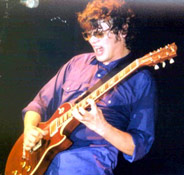 Clarksdale's Board of Mayor and City Commissioners recently renamed the downtown venue the Melville C. Tillis Sr. Delta Blues Stage in his honor.

At the City Board meeting, Rush, a close friend of the late co-chairman, recalled his friendship, his numerous Sunflower performances and the Rivermount Lounge owned by Tillis.

An educational forum during the festival will revisit the historic Rivermount Lounge that was home base for Rush and many performers including Ike Turner, Little Milton, Clayton Love, O.B. Buchanan.

Sunflower Association members also voiced congratulations to multiple festival headliner Charlie Musselwhite for his performance this week at the White House and to the Delta Blues Museum for its Mississippi Blues Trail Marker.