Robert Plant and Patty Griffin in Clarksdale Over Weekend

Traveling to Clarksdale over the weekend following recording sessions in Nashville, superstar Robert Plant introduces Grammy Award-winning vocalist Patty Griffin around town on her first trip to the Mississippi Delta. Headlining the free Sunflower River Blues and Gospel Festival's 25th anniversary Aug. 10-11-12, Plant will be presenting virtuoso musicians Griffin, Justin Adams, Juldeh Camara and an entourage of 10 as the 'Sensational Space Shifters.' Other Sunflower Festival headliners are Charlie Musselwhite and Bobby Rush. Sunflower organizers report a flood of worldwide inquiries over the festival and are anticipating record crowds. Information is being updated on www.sunflowerfest.org 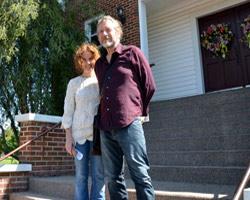 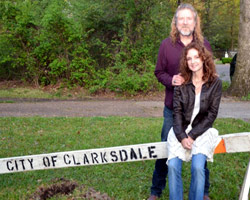