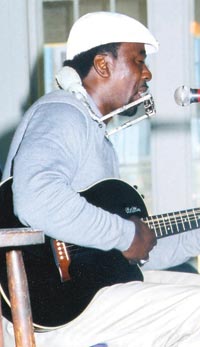 August 7-9, 2009 has been declared SAM COOKE WEEKEND during the 22nd annual Sunflower River Blues and Gospel Festival by the Clarksdale Board of Mayor and City Commissioners at Monday's board meeting.

Mississippi Public Broadcasting is filming the festival for its popular television program Mississippi Roads, according to producer Andy Williamson. Thousands are expected to fill all area hotels and motels for the free celebration.

Born in Clarksdale , Cooke grew up singing with his siblings in a children's gospel choir before becoming lead singer for the acclaimed Soul Stirrers. Later he crossed over to secular music with his number one recording of "You Send Me" and became the world's most celebrated soul vocalist.

In 2008 Sunflower Tillis said members voted to dedicate the 2009 festival to Cooke and expand successful links between Cooke family members, the International Cooke Fan Club, and Clarksdale developed during the Walk of Fame tribute in April 2008.

"The interactions and conversations springing from that event were so exciting and spontaneous, we decided to continue it during our festival," said Tillis, a member of the "Remembering Sam Cooke" panel. 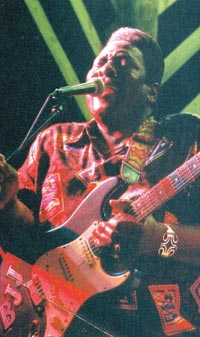 The dedication of a Mississippi Heritage
Heritage Blues Trail marker honoring Cooke will be unveiled at 2 p.m. Friday, August 7, on Issaquena Avenue in the New World District.

At 8 p.m. on the festival's main stage, dignitaries will be recognized, and the tribute continues through Sunday night's gospel festival in the Civic Auditorium.

Headlining Saturday night on the Delta Blues Museum stage will be Bettye LaVette, the "First Lady of Soul," who wowed audiences in Washington D.C. during her performance of Cooke's "A Change Is Gonna Come," during inaugural activities for President Barack Obama and earlier at Kennedy Center Honors featuring a tribute to actor Morgan Freeman.

Expected to draw an overflow audience as Friday night's headliner is soul vocalist O.B. Buchana, a Clarksdale native who will be making his first appearance in several years on the Sunflower stage.

Saturday night's lineup is studded with crowd favorites including James Super Chikan Johnson who is appearing in Norway this week at the Sunflower's sister festival, the International Notodden Festival.

Sunday's gospel festival opens at 4 p.m. in the Civic Auditorium with Christopher Coleman and features nine groups including the Myles Family, Billy Rivers and the Angelic Voices of Faith, and the country's top new contemporary gospel singers Maurice Griffin and Jessica Reedy.

Named one of America 's Top 10 places to hear authentic music in 2008 by USA Weekend, the Sunflower Festival is free, open to the public, and is staged entirely by volunteers who raise tax-deductible contributions to pay performers and production costs.

VIP donors (those donating $300 and more) have access to the VIP tent near the main stage for four guests with free beverages Friday and Saturday nights, and invitations to the Thursday night "Grits, Greens, and Barbecue" preview porch party supper in the historic district.